The origins of Quality Learning

The formulation of a theory for organisational improvement did not commence until the late 1800s - well into the industrial age.

It is the work of Dr W. Edwards Deming that continues to be recognised as the most significant in bringing together a comprehensive approach to organisational improvement.

Dr Deming was an American statistician, recognised as one of the key drivers of the economic recovery of Japan after the Second World War. Within five years, his teachings had a great impact, with Japanese industry going on to establish a dominant position in the global marketplace.

It was not until the 1980s that the Western world recognised poor quality as a serious impediment to productivity, competitiveness and economic growth. This resulted in a period of frenetic quality improvement activity.

Since this time, many versions of the theory have emerged with various labels (Total Quality Management, Quality Circles, Lean, Six Sigma).

Legislation, quality assurance standards and quality awards have been introduced to support 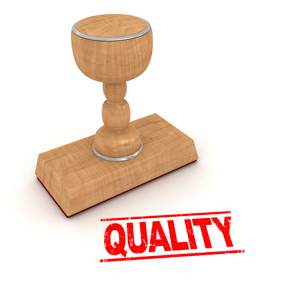 improvement efforts. Panels of practitioners from diverse industries came together to agree and document frameworks of ‘best practice’. Many improvement tools were developed.

Much has been learned.

The theory continues to be affirmed and contributed to by many leaders in their field. These include Peter Senge (The Fifth Discipline), Stephen Covey (The Seven Habits of Highly Effective People), Myron Tribus, Russell Ackoff, Abraham Maslow (A Theory of Human Motivation), Frederick Herzberg (The Motivation to Work), Peter Scholtes (The Leaders Handbook), Douglas McGregor (Theory X, Theory Y) and more recently, the research of John Hattie (Visible Learning).

The continuing evolution has led to a deeper understanding of quality and the conditions necessary to facilitate quality improvement. These conditions are generic, and so can be applied to any organisation to effect organisational learning and improvement.

More recently, in the last two decades, the theory and methods have been applied to education – with great success.

To share in our ongoing experiences, and those of other educators and leaders, sign up now to receive our emails.